ANTHRAX In The Smithsonian Institution’s National Museum Of American History… 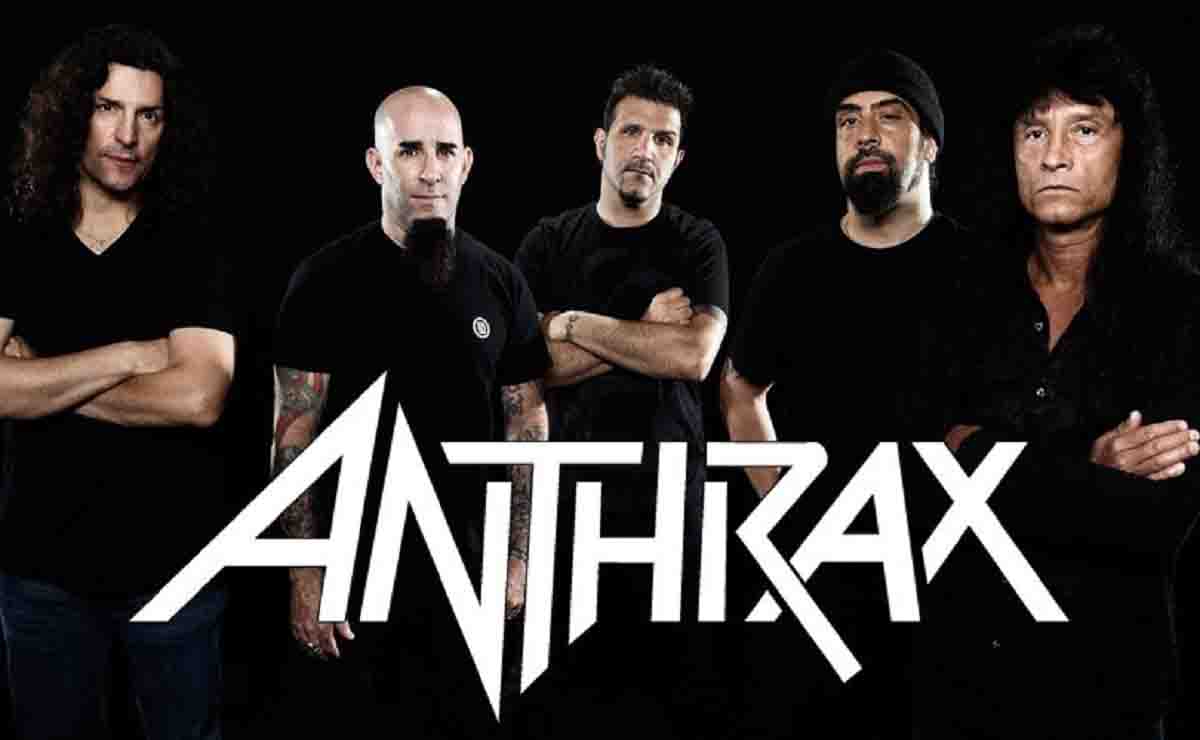 Oh Jesus can you believe this!?! The Smithsonian Institution’s National Museum of American History has just posted a video profile of ANTHRAX, “How New York of the ’80s Helped Influence Anthrax to Create East Coast Thrash,” as part of its Places of Invention exhibit’s interactive online map…

Check it out below.

In 2016, ANTHRAX will celebrate its 35th anniversary as a band with the release of one of the year’s most anticipated metal/thrash albums, “For All Kings”, due out February 26 (Megaforce in North America and Nuclear Blast internationally). The eleven-song crusher that the band’s drummer Charlie Benante promises will be “aggressive and super thrashy,” was written by Benante, bassist Frank Bello and rhythm guitarist Scott Ian, the dynamic triumvirate whose unique composition chemistry is, in part, what sets ANTHRAX’s music apart from other bands in the same genre. Add to that Joey Belladonna’s breathtaking vocals and the searing guitar leads by newest member Jonathan Donais, and it’s no wonder the band is so excited for fans to hear what will be their eleventh studio album!!

In their 35-year career, ANTHRAX has been a pioneering band with its unique style, sound and heavy brand of thrash metal, and, as METALLICA’s Kirk Hammett once put it, “one can hear their influence on any number of up and coming bands.” ANTHRAX has sold in excess of 10-million units, received multiple gold and platinum certifications, six Grammy nominations and a host of other accolades from the media, industry and fans. From the race and genre barriers ANTHRAX helped break down in 1988 when they collaborated with PUBLIC ENEMY on “Bring The Noise”, to becoming a card carrying member of the “Big Four” — with METALLICA, SLAYER and MEGADETH as one of the four bands that defined the speed/thrash metal genre, to being the first metal band to have its music heard on Mars when NASA played “Got The Time” to wake up the Mars Rover, ANTHRAX has never been afraid to take chances.