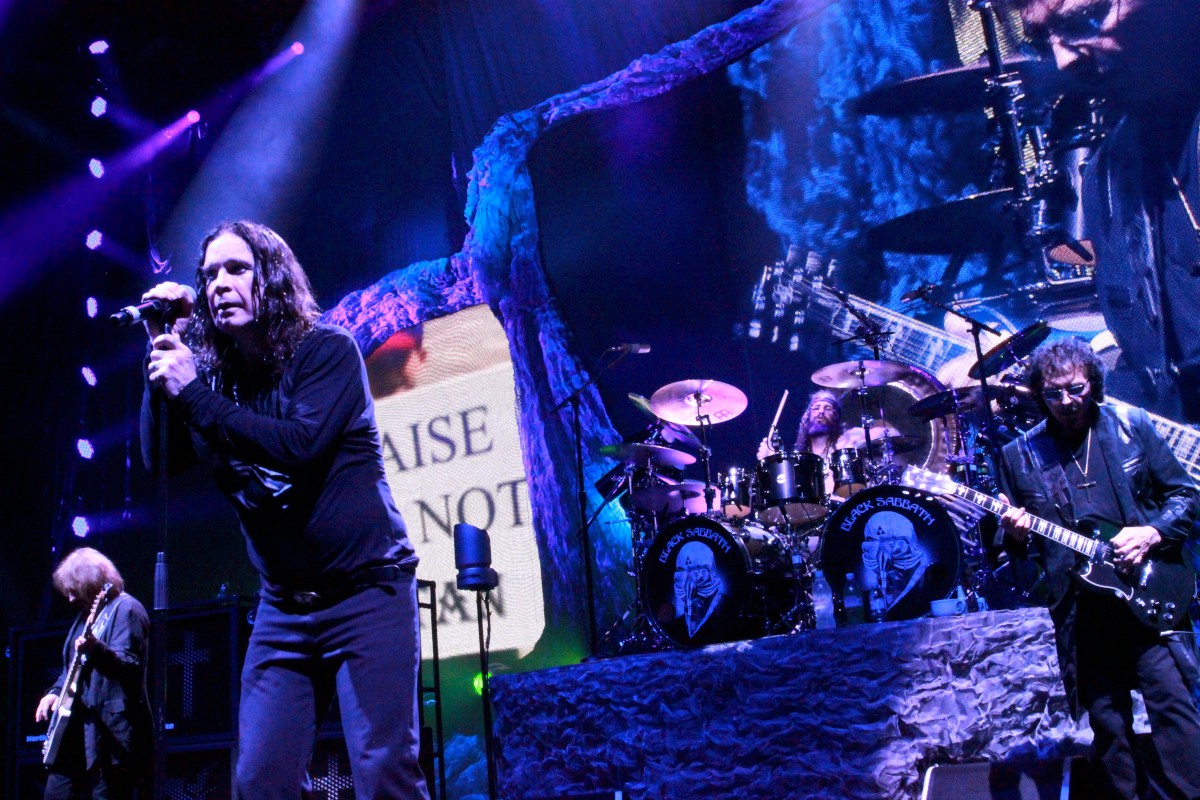 BLACK SABBATH’s February 3 concert in Vancouver, British Columbia, Canada has been postponed due to singer Ozzy Osbourne’s continued battle with severe sinusitis. Details regarding the rescheduled date will be announced as soon as they are available… SABBATH canceled its concert Saturday night (January 30) at the Rexall Place in Edmonton, Alberta, Canada just two hours before the sold-out “The End” tour show was supposed to start. Also scrapped was a February 1 performance in Calgary.

The first U.S. leg of “The End” tour will end on February 27 in New York City. Dates in Australia and New Zealand have been confirmed for April, with European festival shows taking place during the summer… BLACK SABBATH recently revealed that it is selling a new limited-edition CD titled “The End” at the shows on its farewell tour. The disc features four previously unheard studio tracks left off the band’s 2013 reunion album, “13”, as well as live versions of four songs from the world tour the band did in support of that disc.

The four studio cuts are “Season Of The Dead”, “Cry All Night”, “Take Me Home” and “Isolated Man”. They feature drums by Brad Wilk… The live tracks, with drumming from Tommy Clufetos, are “God Is Dead?”, “Under The Sun”, “End Of The Beginning” and “Age Of Reason”. The live cuts were recorded in Sydney, Australia, Auckland, New Zealand and Hamilton, Ontario… Wilk and Clufetos had to get involved after founding SABBATH drummer Bill Ward withdrew from the reunion after initially agreeing to participate in it. “13”, the first SABBATH full-length studio album in 35 years to feature original members Geezer Butler (bass), Tony Iommi (guitar) and Osbourne, also became SABBATH’s first No. 1 album in the U.S. when it was released in June 2013. The band abandoned plans for a follow-up after deciding that the current trek would be its last.