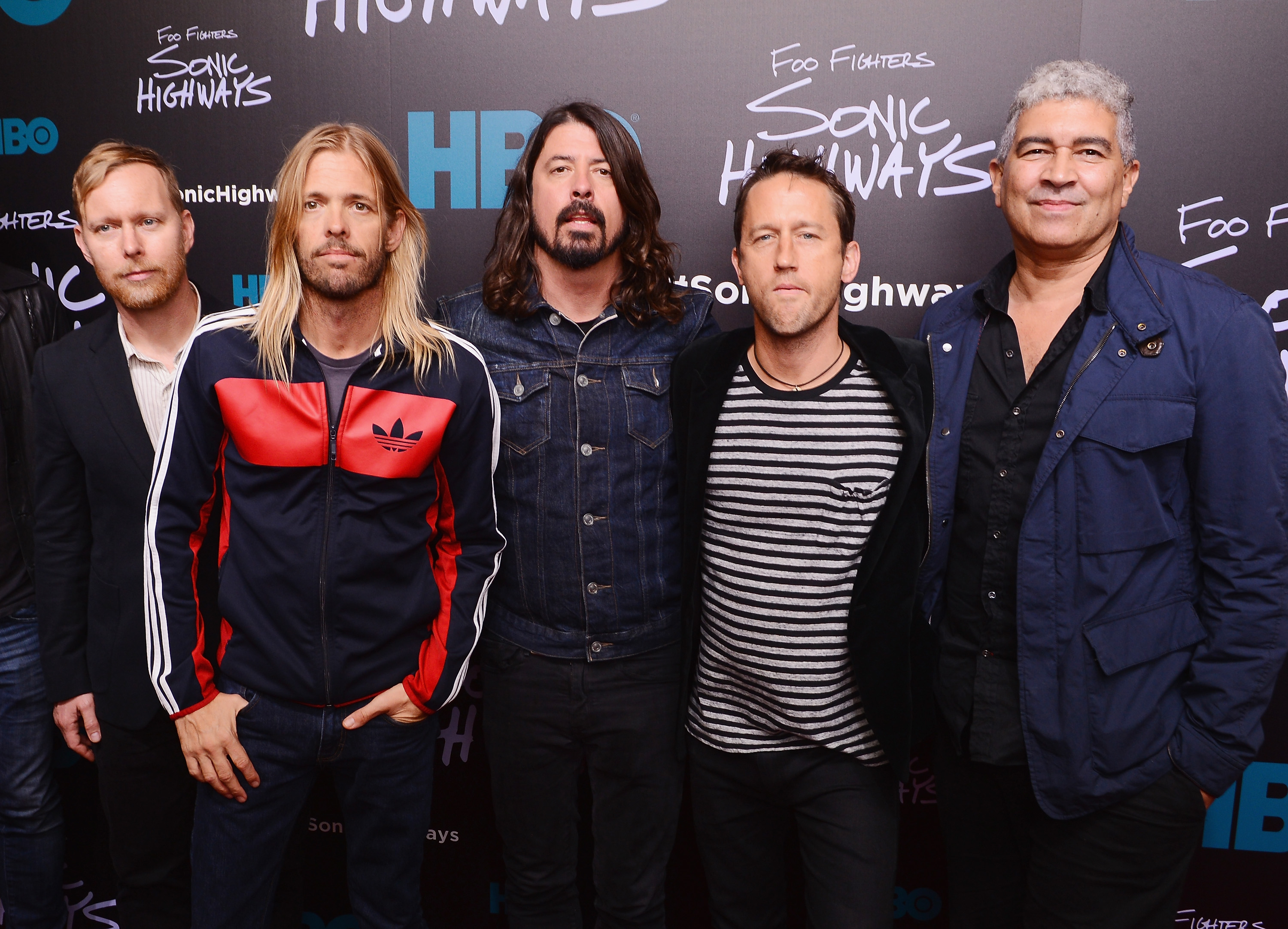 Foo Fighters on Monday released a free mini-album dedicated to the victims of the Paris attacks as the guitar rock giants hinted they were finished for now… The band born out of the ashes of Nirvana made available online without charge an EP called “Saint Cecilia,” the title an allusion to the patron saint of music. Foo Fighters frontman Dave Grohl said the EP ,recorded inside the Saint Cecilia Hotel in Austin, Texas was originally designed as “a celebration of life and music” to mark the end of the group’s global tour “Now, there is a new, hopeful intention that, even in the smallest way, perhaps these songs can bring a little light into this sometimes dark world,” Grohl wrote in a letter to announce the EP. “To remind us that music is life, and that hope and healing go hand in hand with song. That much can never be taken away,” he wrote.

Grohl, who was the drummer for Nirvana which disbanded after Kurt Cobain’s 1994 suicide, also released a lengthier letter in which he indicated not to expect more music soon. While describing the last tour as a highlight of his career, the 46-year-old wrote: “You get that feeling that, if you’re not careful, you’ll run out of bread crumbs to find your way home and be lost in the woods forever.” “We could keep going. After all, we’d made it this far, right? What’s another 20 years?” But he said that “all good things must come to an end.” Addressing fans, Grohl wrote: “I can’t help but wonder when we will see each other again. Who knows? But, with everything Foo Fighter related, it will only be when it feels right. And that’s a feeling that’s easy to feel.”The EP follows Foo Fighters’ style of hard-charging rock. Grohl’s screaming vocals in “Savior Breath” brings memories of Nirvana interspersed with cleaner-cut tracks driven by acoustic guitar.

Grohl has hinted at retirement previously but returned last year with “Sonic Highways,” an album in which Foo Fighters attempt to trace the musical history of the United States… The album was accompanied by a documentary series in which Grohl interviews major artists in US cities, as well as President Barack Obama, about musical heritage. Foo Fighters played a star-studded July 4 show in Washington but the tour might be most remembered for a concert in Sweden where Grohl broke his leg on stage… Often described as one of the gentler spirits in rock, Grohl went for treatment but returned to finish the show, not wanting to disappoint fans. The tour had been due to end this month with dates in Europe including Paris… But the band ended its tour early after the assault claimed by the Islamic State group that included a massacre of 89 people at a concert of Eagles of DeathMetal, a California rock band that has collaborated with Grohl. “To all who were affected by the atrocities in Paris, loved ones and friends, our hearts go out to you and your families. We will return and celebrate life and love with you once again someday with our music. As it should be done,” wrote Grohl, who appealed to fans to donate to survivors and victims’ families.

While the EP was a surprise, Foo Fighters had been hinting at an announcement for weeks by putting on its website a clock that, without explanation, counted down to Monday.