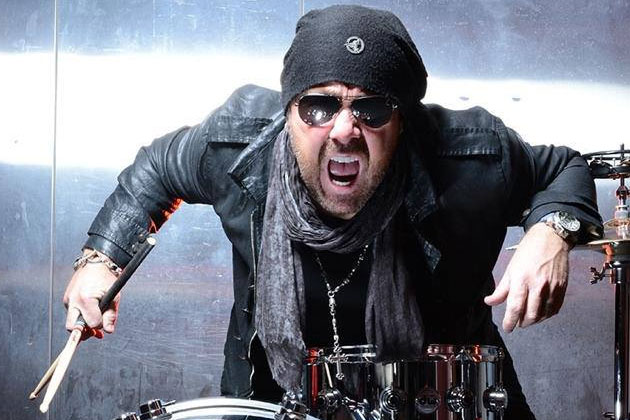 In 2007, Led Zeppelin gave the world their first performance in close to 13 years. It was a single gig at London’s O2 Arena and we’ve experienced nothing from the band since. However, Jason Bonham just went on record saying he believes Led Zeppelin will play together again one day… Jason Bonham is the son of legendary Led Zeppelin drummer John Bonham, who passed away in 1980. Led Zeppelin never went back on tour after John’s death, only playing five shows in the last 35 years. Amongst those five, only Zeppelin’s 2007 show offered a full set from the band, allowing Jason to tap into his father’s energy for an entire night.

In a new interview with Vanyaland, Jason Bonham spoke about the possibility of Led Zeppelin taking the stage once again. “In my heart of hearts… I do believe we will play together again,” says Jason. “It remains to be seen if it will be in public or privately, but I do think we will play again.” Bonham continues, “What made the O2 so perfect was the preparation. Every other time, we really just got together in an afternoon and gone over a couple songs and that was it. For the O2, we blocked out rehearsals for six weeks; Monday through Friday four hours a day. A lot of it was talking as well about how we wanted it to be. We did the first three songs, so it was like clockwork, like a first-turn crash in a car race. If we can get past the first turn scot-free, then the rest of the gig will be great. That was very important to all of us to be comfortable on those three songs and it worked. It really did, and it shows in the show.”

In the Vanyaland interview, Bonham also talked about Robert Plant’s decision to step away from Led Zeppelin following the gig at London’s O2 Arena and the all-star side project that almost toured instead, with Aerosmith’s Steven Tyler and Alter Bridge’s Myles Kennedy among those who auditioned for the vacant singer spot. “I had a personal talk with Robert, and what we talked about was very special, and I totally respect his wishes. It was between us and I’m grateful that we had time to talk about that,” Bonham said.”Then I got a call from Jimmy’s manager at the time, and we were going to get together and do a side project. So basically me, Jimmy and John Paul Jones got together on a few occasions to see if we could do something. We started writing together, and there was a possibility of a couple of different singers — which has all been documented now. As Jimmy said, ‘We were never gonna call if Led Zeppelin.’ We had a great time; I love Steven [Tyler] and I love Myles [Kennedy] they were both great. It’s a very special memory in my life.”

Although Bonham believes a Led Zeppelin reunion will happen, Plant didn’t share his optimism in a 2014 interview with Rolling Stone. “You’re going back to the same old shit,” Plant said. “A tour would have been an absolute menagerie of vested interests and the very essence of everything that’s shitty about big-time stadium rock. We were surrounded by a circus of people that would have had our souls on the fire. I’m not part of a jukebox.” Page also recently revealed his own plans to embark on a 2016 tour with a “totally different” band backing him. “There will be all sorts of material from different eras,” Page said (via Guitar World). “Right across the board; that’s the way I’m seeing it. But like I said, there will be surprises.”