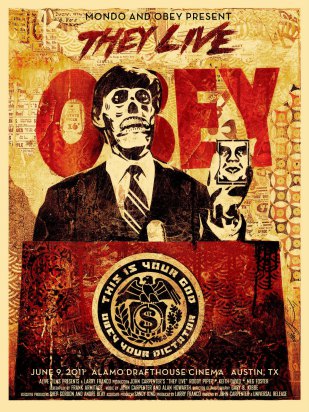 Time for another AYMERICH Show… I want to first apologize for the thencical dificulties we are having with the podcast. We hope to have it resolved soon. Now get ready for some fun… New music and information is on the way in this new episode!

Coffee Logic… Accept no one’s definition of your life; define yourself…

This Video is ‘proof of poltergeist activity’ in deserted community centre – A camera placed in a community centre known for its ‘weird feeling’ appears to have captured ghostly goings on. A short video posted on the Ghosts of Redditch website seems to show the door of a room at the town’s Abbeydale Community Club swinging open and a chair moving – all while no one is in sight. At the end the camera is knocked to floor by an unseen hand. READ MORE

Unknown – This is a picture that has gotten my attention all week and would like to know what you think? A Canadian family had a camera set up in their back yard to capture footage of young deer. This is what was taken. What do you make of it? Tell me on my Facebook page or Twitter… Use #AYMERICHshow

New York Comic-Con 2016 Will Be Stan Lee’s Last Appearance – Some sad news has arrived for all of you east coast True Believers out there… Perhaps one of the biggest reasons that we have fan conventions in general, Stan Lee will be making his last appearance at New York Comic-Con ever this year, the convention announced recently on their site. There’s no official reason why Lee has marked this year to be his last for the convention, though since the man is now 93 years old, I imagine traveling every year across the country to New York may sound a bit less appealing the older he gets. The legend did recently reveal earlier this year that other than his eyesight and his hearing, he is in otherwise good health condition though, so we can let out a breath of relief there for the time being. READ MORE